10 Most Instagrammable Places in Porto

10 Most Instagrammable Places in Porto

The green side of Porto.CARD

São João at the Table

Covered by an ever progressing, accomplished transport network, getting to Porto could never be easier whether it be by plane, bus, car, boat, train or metro.

Travelling within the city is made simple should you go by public transport, your own car or a hired one.

Here you will find some basic data on Porto as well as information on various public and private services available.

This is one of Europe's oldest tourist destinations. Its wealth of artistic heritage, Port Wine, open-air leisure spaces and cultural life are just some of the reasons to visit this city.

Everything you need to know

“Vem aí o São João Vai chegar depressinha Tenho de ir à Terra do Dragão Chegar a brasa à minha sardinha! We already have a four-line-verse, and it might even be a good idea to add to this educational activity, but very fun, as required by the rule of São João at FC Porto Museum. Adults help the little ones, and everyone will use their creativity to make very special sardines with wire, thread, and paint. One can already picture the family liveliness!

I AM HUMOR Especial S. João

Frutorra presents I AM HUMOR: Especial São João. I AM HUMOR is back at Coliseu Porto Ageas on June 19th, at 9 pm. On the eve of São João, northerners Fernando Rocha, Miguel 7 Estacas, Hugo Sousa, João Seabra, the duo Quim Roscas & Zeca Estacionâncio and the distinctive Toy come together for a special and exclusive edition of this comedy show. The seven artists take the stage to a true São João festival, full of comedy, folk music and many other surprises…

Porto's historic centre is once again filled with liveliness, flavours, and safe socialisation. For three weekends from June to August, Mesh Up makes the start of summer at Mercado Ferreira Borges a very welcoming Urban Market. The usual and new brands and creatives, with surprises coming directly from Lisbon, sunset with a DJ set on the terrace of Hard Club, are some suggestions for three more editions of Urban Market. On the 3rd weekend of each month, the already known Mesh Up initiative fills Hard Club's main floor with liveliness and creativity, right in the heart of the city of Porto. Between 11 am and 7 pm it is possible to have a snack, listen to good music, and even support Portuguese brands: Laroca, B de batata, A Pimenteira Spices, Amaciarte, Petit Mignon, Gigi for beauty Lovers, Little Badger. Urban Market is an event that gives makers and designers the opportunity to present their products, without neglecting the cultural and tourist nature of the initiative. Thus, the summer edition takes place, with three editions, on June 19th and 20th, July 17th and 18th, and August 20th and 21st. Anyone who wants to welcome the season in a different way, come relax and catch some sun at Hard Club’s terrace during the weekend, listen to good music and meet Portuguese creative brands.

Livraria Lello inaugurated an "unprecedented" project with Time magazine, which highlights authors awarded by the Swedish academy who were the cover of the North American magazine. The art installation "Livraria Lello X Time: What Makes a Nobel?", by Time's creative director, D.W. Pine, highlights authors who received the Nobel, but also others who "deserved front cover honours" of Time because of "their value ‘nobelizable’ of its literature". The installation is made up of 12 panels, which feature the covers of Time magazine, from Rudyard Kipling, one of the first Nobel laureates in Literature, to Toni Morrison, awarded by the Swedish Academy in 1993, as well as other authors who were featured on the cover, such as Virginia Woolf and William Shakespeare.

Thomas Pesquet is on board the International Space Station and shared an image that few people have access to: Porto from space. Kids Challenge is back

After a forced break of almost a year, the little ones will once again be able to compete in the Kids Challenge 2021. The Botanical Garden of Porto will shine at night with the installation of a route with more than 20 experiences of light, sound environments and videomapping projections. Explore the picturesque city of Porto and Gaia aboard a tourist train.

Tram line 22 runs through the city centre and the historical centre allowing one to enjoy the buildings in the city.

Jet Boating is a unique and incredible adventure along the riverside.

Travel on the Guindais Funicular. It was built in 1891 and was fully refurbished after one century of inactivity. 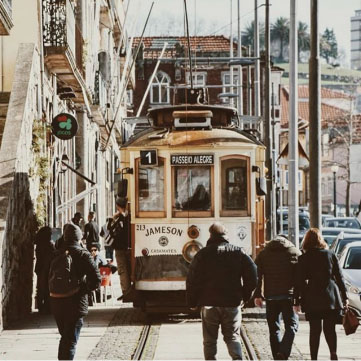 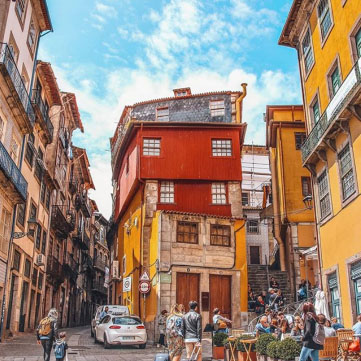 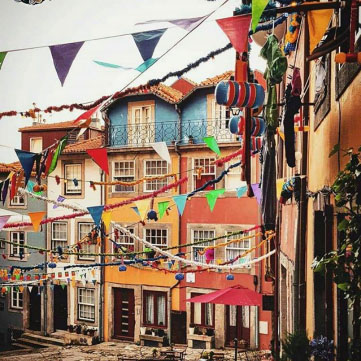 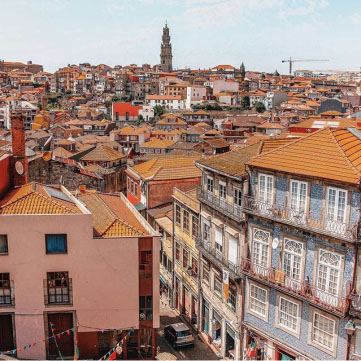 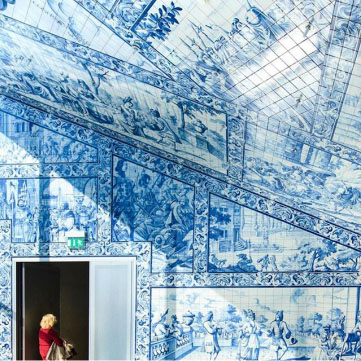