Login With Facebook
or
Source: Turismo do Porto e Norte, All rights reserved

“Feel the Call” is the motto of the campaign that aims to encourage foreign tourists to listen to the voice that invites them to visit the Northern Region. The call was heard by the jury of the “The Golden City Awards”, which recognised its merit by putting it in second place in the “Tourism Destinations - Region Award”, at the 21st edition of the important tourism film festival included in the ITB Berlin, in Germany.

The video, released in January of this year, is a shorter adaptation of the award-winning campaign “O Norte Lá em Cima” (Feel the Call) and was selected out of 122 films from 23 countries in the competition.

The call aims to attract the Anglo-Saxon market for an "emotional journey", covering "the main tourist assets of Northern Portugal, from architectural heritage, gastronomy and wines and to landscapes". “Feel the Call” is the invitation to plan and book visits to that place, where “each whisper rests quietly as if at home”.

For the president of Turismo Porto e Norte de Portugal, Luís Pedro Martins, in addition to being another reason for “pride”, the award “contributes to recognise the work that has been developed in promoting the destination and in preparing for the resumption of the activity”.

After this first phase, the “Norte Lá em Cima” campaign will be intensified in countries such as Brazil, the United States and Canada, “growing markets and very important to increase the average stay in the region and to reduce seasonality”.

According to Luís Pedro Martins, who also is the President of Associação de Turismo do Porto, “the indicators that we have for most of the top 10 in the source markets show already some demand movement, which makes us believe that, Porto and the North of Portugal will also be among the preferences of international travellers”.

This award granted by the International Committee of Tourism Film Festivals rewards excellence in travel video marketing, through a unique and exclusive competition - the Grand Prix CIFFT Circuit. 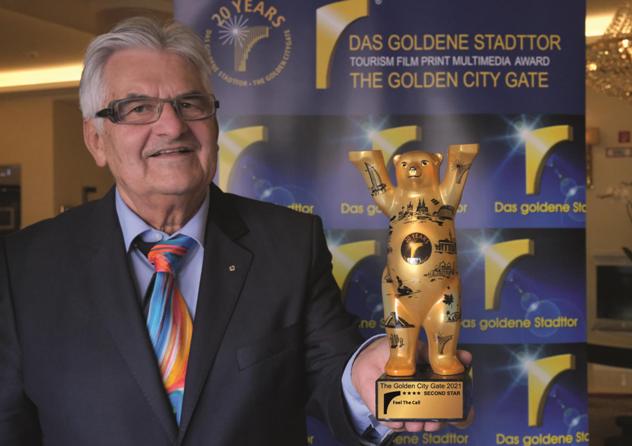