143 years have passed since the inauguration of the D. Maria Pia railway bridge, a moment that marked the effective completion of the connection, by train, between Lisbon and Porto.

The construction of the D. Maria Pia Bridge started on 5 January 1875, after several years of discussion and analysis of the three projects to overcome the span of the Douro River: the option of crossing towards Campanhã would be adopted.

The construction of D. Maria Pia Bridge was an engineering feat for that time, it had the largest iron arch in the world at the time. There are, in the Arquivo Municipal do Porto, several images of the bridge under construction and the story goes that the bridge arch did not close at the first attempt. 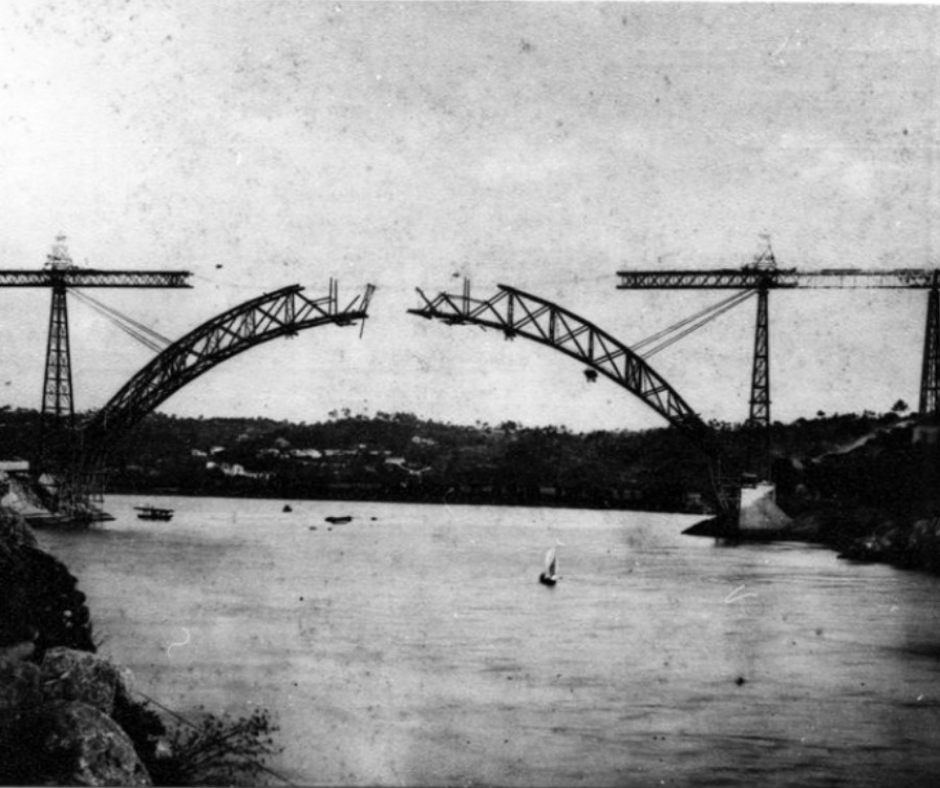 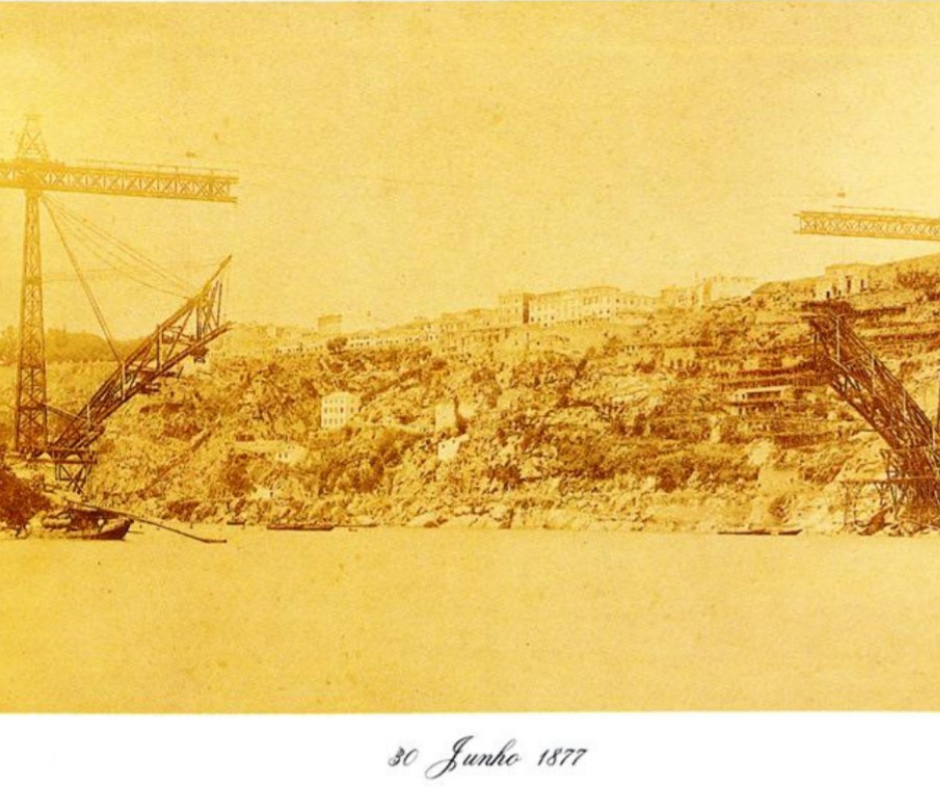 As can be seen in the images, the construction of the arch began simultaneously on both banks, being closed with a central piece. Legend has it that the two segments did not coincide on the first attempt, on 25 September 1877, and Gustave Eiffel ordered to wait a few hours to repeat the process - which was then successful. The high temperatures that had been felt during the day had caused the materials to swell and prevented the arc from being completed in the first test.

The bridge would be officially opened a few days later, on November 4th, with the royal train transporting King D. Luís I, Queen D. Maria Pia and the princes D. Carlos and D. Afonso. 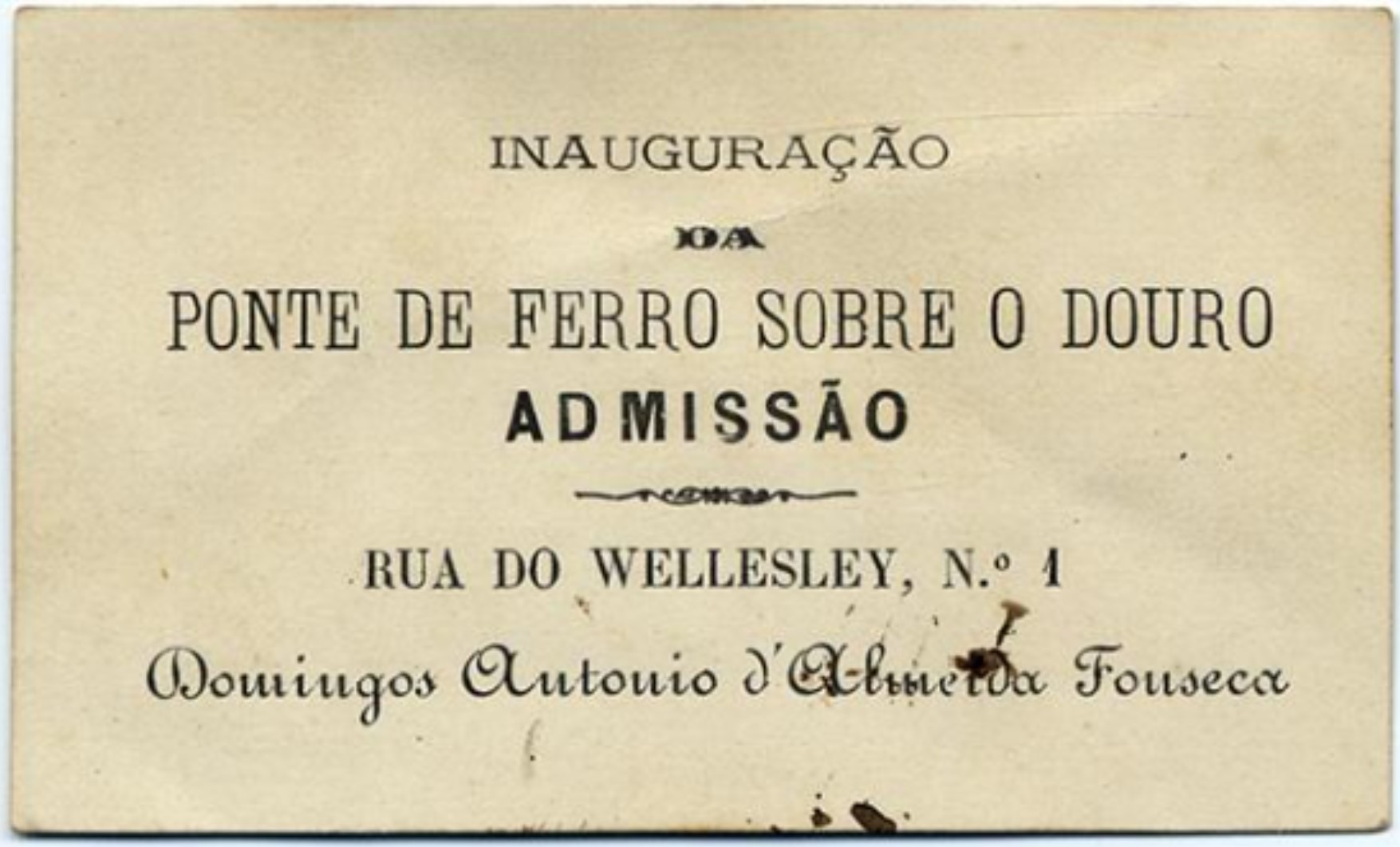 The occasion was widely celebrated in Porto: "The city had a three-day celebration; the windows were decked with flags, the streets with carpets of sand and flowers, the stores closed, as on a holy day; the music in all the squares, the smiles on everyone's faces. Because Porto understood how much this inauguration tightened the bonds that connect it to the rest of the country and abroad; it's because Porto thought, and thought well, that the advances in fast-paced transportation imply the improvement of living in its city", wrote Mendonça e Costa, in an account of the time.

The funambulist who crossed for the first time the bridge

However, the most unusual thing about the D. Maria Pia Bridge is that it was crossed on foot, even before it was inaugurated, by a fearless woman. Adelaide Lopes, the wife of the chief engineer of the Companhia Real dos Caminhos de Ferro Portugueses, Pedro Inácio Lopes, walked the unfinished bridge from Gaia to Porto.

The story is told in several books: Adelaide Lopes was the first person, not related to the construction, to cross the bridge, and she did it on foot, without any protection. "Thus, roughly from the middle of the deck, there were no more side planks on which one could walk comfortably and safely. There were only long iron bars through which only the most accomplished and courageous workers ventured. D. Adelaide Lopes did not even have the slightest hint of fear that would lead her to go back", wrote Germano Silva in Porto Desconhecido e Insólito.

A woman of courage and who used for the fist time the D. Maria Pia Bridge even before its official inauguration. The structure would serve more than a century, until its closure, on 24 June 1991, having been replaced by the São João Bridge. Since 1982, the elegant iron bridge has been designated a national monument.