The 120 years of the mother house of photography in Porto

Perhaps only the most curious looks of those who pass through Rua de Santa Catarina will notice the signature that the number 120 still bears. 120 are, precisely, the years that count from the foundation of Casa Alvão, the place where the photography of the city - and not only - created strong bases and built a refuge. Much of what Domingos Alvão's gaze captured no longer exists. And that only gives it even more importance in the construction of the collective memory of Porto. At 120 years old, the secrets of the number 120 are unveiled in the heart of the city.

The Pênsil Bridge stopped connecting the banks of the Douro River in 1887 to make way for the ﻿﻿﻿﻿﻿﻿﻿Luiz I Bridge﻿﻿﻿﻿﻿﻿﻿. Almost 30 years later, the first train arrived at the newly opened ﻿﻿﻿﻿﻿﻿﻿São Bento Railway Station﻿﻿﻿﻿﻿﻿﻿. Two moments that left their mark on the history of Porto with a common witness: Domingos Alvão, with a camera ready.

Born in Lapa, he learned his trade at Casa Biel, one of the most important in the country, and also did an internship in Madrid. On his return, he entered the door where he would remain the rest of his life as a photographer. First as Escola Práctica de Photographia do Photo-Velo Club. Then, with his own name, Fotografia Alvão.

With the partnership with his disciple and co-worker, Álvaro Cardoso de Azevedo, the number 120 would be forever remembered as ﻿﻿﻿﻿﻿﻿Casa Alvão﻿﻿﻿﻿﻿﻿, which, a year ago, joined the group of stores protected by Porto de Tradição. Until the death of the master, in 1940, Álvaro, who in the meantime became the owner of the store, naming the company Alvão & Cª, Successor, and to whom the Portuguese Government, in 1943, granted the title of Knight of Ordem Militar de Cristo, he kept the signature “Alvão” on every photograph he took.

And here, it's the photograph that counts. And that tells the stories of the city and many others of the country. Must certainly most people have seen a photograph of Domingos Alvão. His most well-known work, which today is part of the national estate, is perhaps what he did, in 1933, at the request of the Port Wine Institute, depicting the vast Douro territory. The images were on display at Centro Português de Fotografia last year.

But the pictures of the Portuguese Colonial Exhibition that Palácio de Cristal hosted in 1934 and for which Alvão was invited to photograph exclusively places such as ﻿﻿﻿﻿﻿Avenida dos Aliados﻿﻿﻿﻿﻿, Praça do Império or the Monument to the Unknown Soldier, in ﻿﻿﻿﻿﻿Praça Carlos Alberto ﻿﻿﻿﻿﻿.

For many years, he helped Porto City Hall to perpetuate the city's memory in pictures of Companhia da Fábrica de Garrafas in Amora or the mirror factory A Bisália, Limitada, from the ballroom of Jardim Passos Manuel, from the floods of the Douro River, the ladies in large hats on the tram, customs clearance at the ﻿﻿Alfândega do Porto﻿﻿ or even the construction of the extinct Antas Stadium. 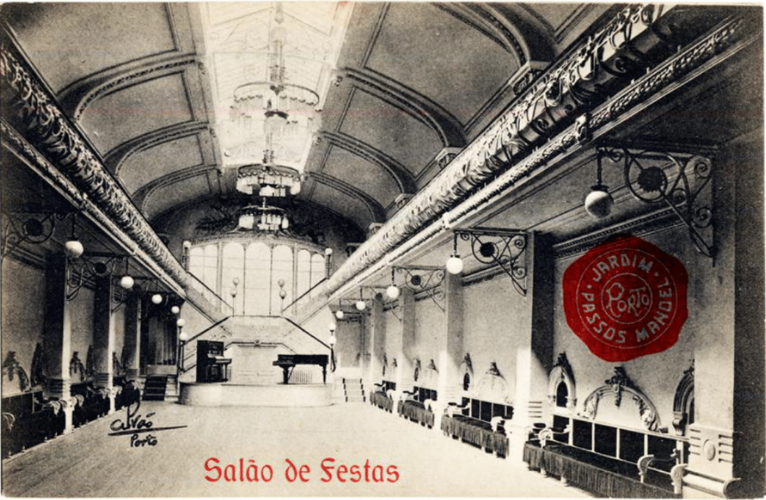 120 years that barely fit in a year of celebrations

Awarded in Portugal and abroad, with photos in the largest world magazines, Domingos Alvão portrayed the Monarchy, the Republic and the Estado Novo, he was the official photographer of the State and saw his pictures representing the country on the walls of embassies abroad.

After having exhibited in various places in the city of Porto, such as Teatro Príncipe Real or in the windows of Tabacaria Africana, the collection of Casa Alvão - 22,145 pictures taken between the end of the 19th century until the 60's of the 20th century, is now kept in Centro Português de Fotografia, in the former Gaol of Appeal.

The year 2021 will be marked by the celebrations that Centro Português de Fotografia is preparing to perpetuate the memory of Casa Alvão. It is part of the agenda to launch a monthly digital publication about this photography house, an exhibition with pictures and equipment from the Alvão Photography Fund for World Photography Day, a themed route, as well as lectures with some themes already chosen - “Retratos Perfeitíssimos, o retoque na Fotografia Alvão” and another on the aesthetic trend of the mid-20th century, Salonismo.

At number 120 in ﻿﻿﻿﻿﻿Rua de Santa Catarina﻿﻿﻿﻿﻿, today, 120 years later, there is more than a photography store. But there is always that same photography store. And, if we go up to the first floor, we can still take bus pass photos and studio portraits, restoration of old photographs and film development. An absolute luxury.